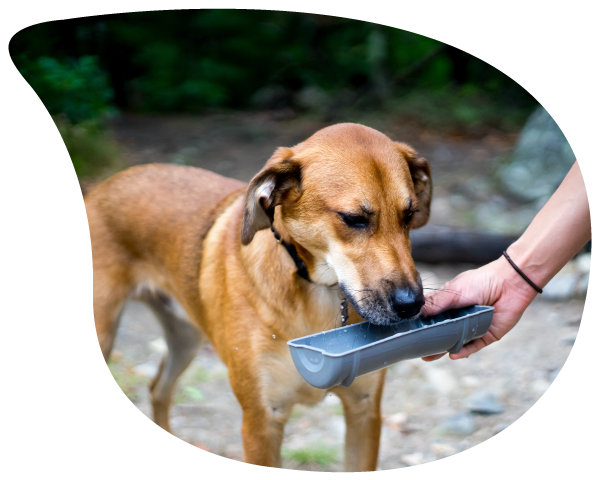 Our supporters see countless cases of heat stress and dehydration in pets, livestock and wildlife. 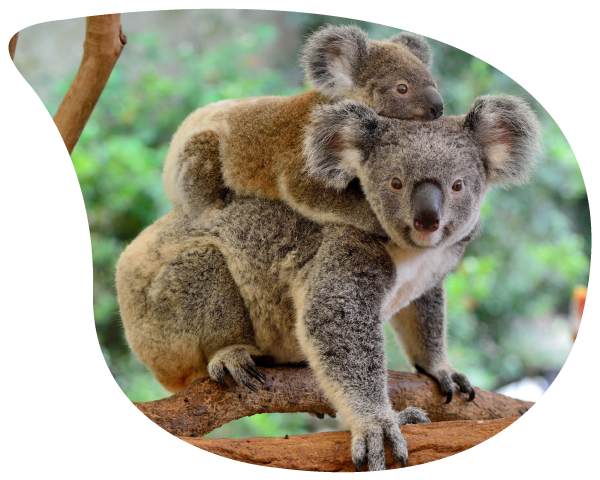 Under business as usual CO2 emissions scenarios, wildlife extinction rates of between 16% to 89% have been predicted. 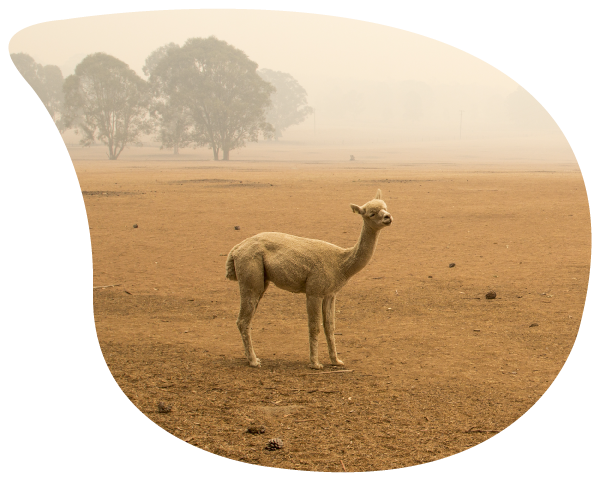 As well as rising temperatures, the southern half of Australia is experiencing long-term reductions in rainfall.

Climate change threatens our One Health relationship with Australia's animals. 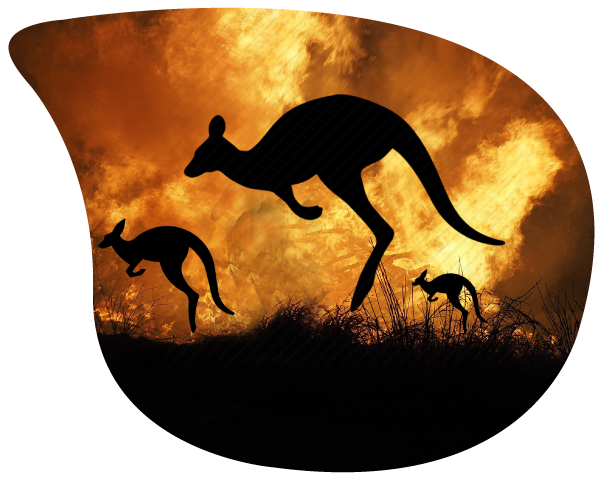 Increased frequency and severtity of natural disasters such as cyclones, bushfires, floods and droughts cause untold distress to the animlas we love. 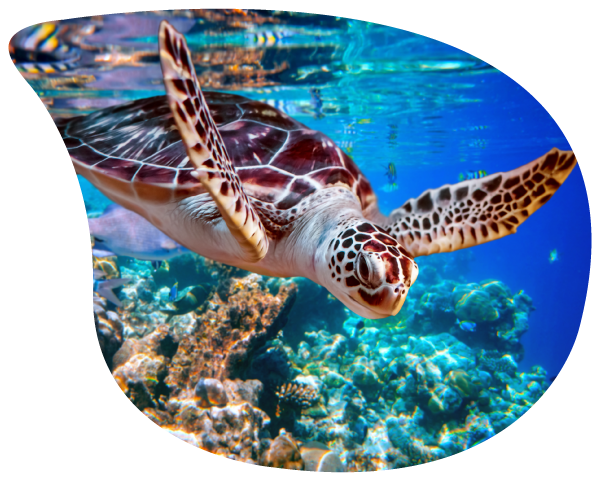 Our reefs are disappearing

Climate change presents the single biggest threat to the continued existence of the Great Barrier Reef. 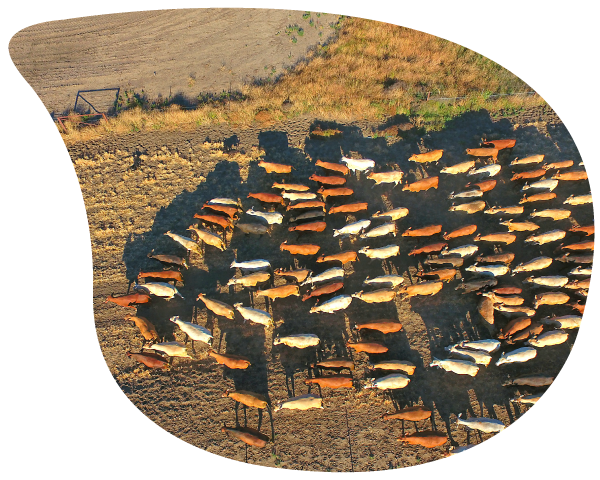 Climate change is changing long term weather patterns that farmers and their animals rely upon. 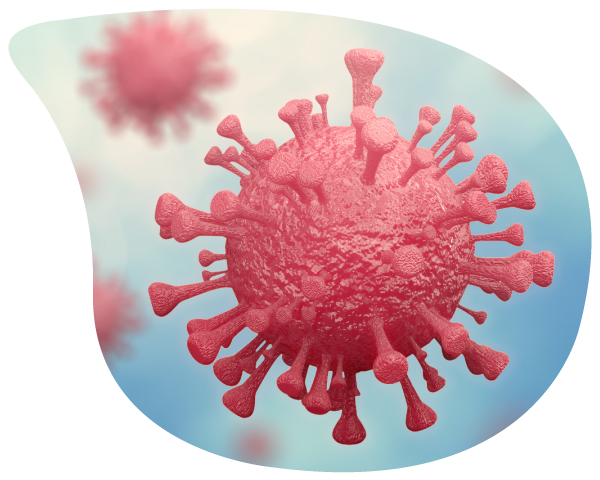 Climate change will be a factor in the epidemiology of vector-borne and infectious diseases, affecting human and animal health. 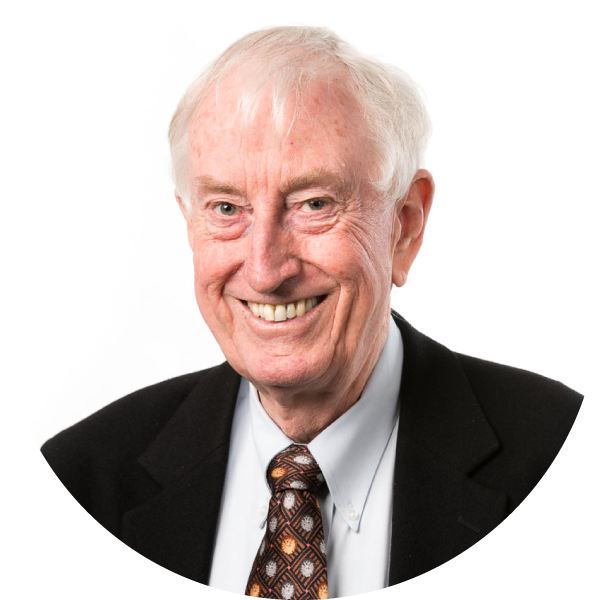 Peter Doherty shared the 1996 Nobel Medicine Prize with Swiss colleague Rolf Zinkernagel, for their discoveries about transplantation and “killer” T cell-mediated immunity, an understanding that is currently translating into new cancer treatments. The first veterinarian to win a Nobel, he was Australian of the Year in 1997. Still active in research on immunity to influenza, he commutes between St Jude Children’s Research Hospital, Memphis and the Peter Doherty Institute at the University of Melbourne, where he now spends most of his professional time. Apart from his scientific output that can be found on PubMed, he is the author of several “lay” books, including: The Beginners Guide to Winning the Nobel Prize; A Light History of Hot Air; Sentinel Chickens: What Birds Tell us About our Health and the World; Pandemics: What Everyone Needs to Know, and most recently, The Incidental Tourist. Passionate about promoting an evidence-based view of reality, another book of Peter's: The Knowledge Wars is a “warts and all” view of science for non-scientists, even for people who don’t like science.  It also suggests how any thoughtful citizen can bypass the facile propagandists and probe the scientific evidence for and against some of the big issues, like climate change or GM foods.

Dr Angela Frimberger was interviewed for ABC's Upper Hunter morning show. She spoke about the recent devastating floods in NSW, the impact on animals and how taking action on climate change should be a priority. The interview was then shared across the state by...

In discussing the impacts of worsening extreme weather, Dr. Angela Frimberger, VfCA volunteer and veterinarian, draws attention to the suffering of animals in these times.

Veterinarians for Climate Action are calling for urgent climate action to protect the animals impacted by the flooding in NSW and Qld this week.