Anthony Benjamin's Gold Coast house was flooded only a few short days after he attended training on how to be a climate spokesperson. Putting his learnings to quick use, he appeared on 9News TV, national ABC radio and ABC ratio Gold Coast, not hesitating to link these weather events to an intensifying climate. 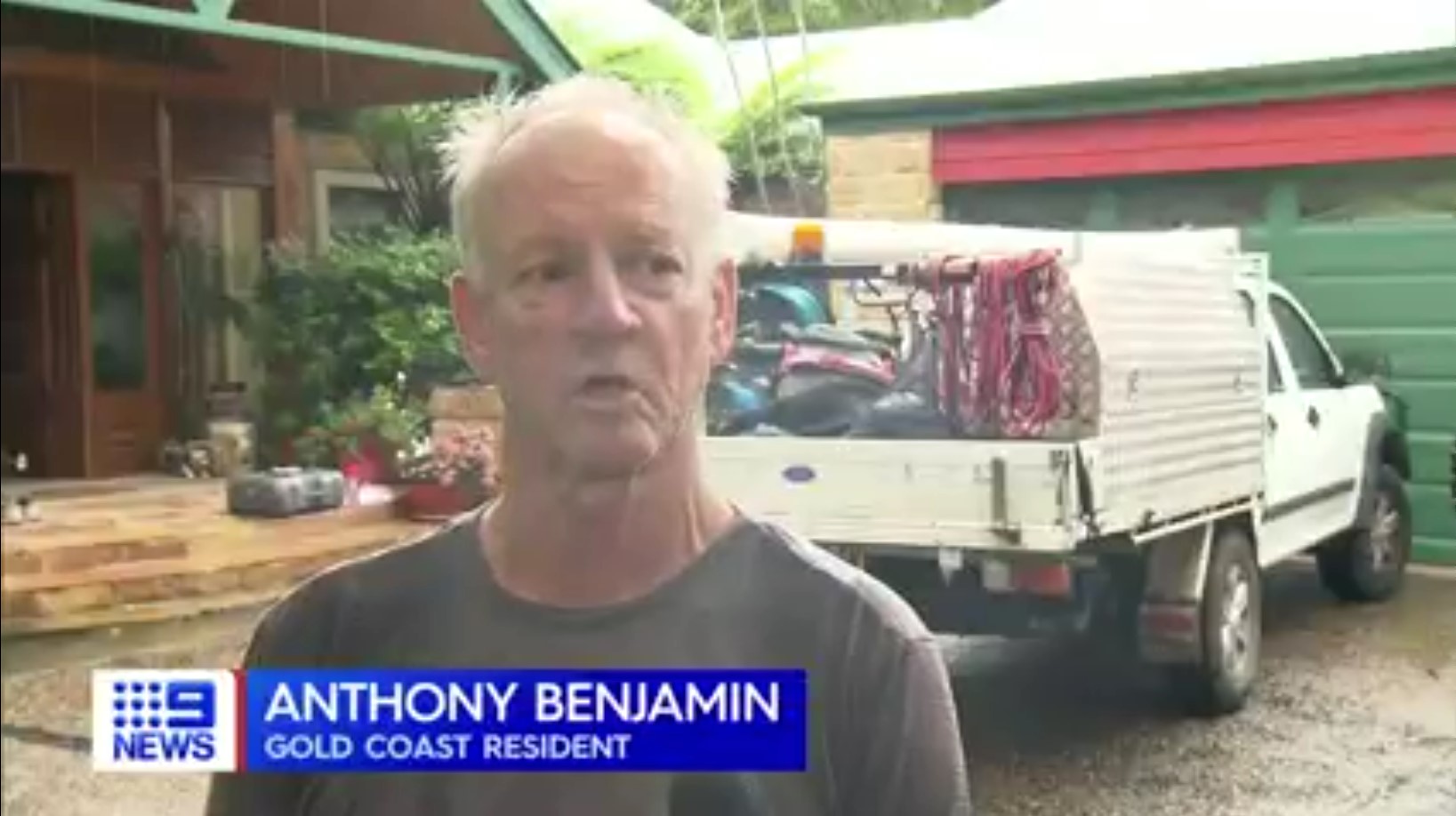 Anthony's story was shown in eight media appearances, including five TV interviews. The three occurances where he managed to get some climate messaging in are this ABC national radio interview (listen from 7:00), a simliar ABC Gold Coast interview and this Channel 9 interview.

VfCA would like to pass on a big thanks to Anthony for finding the energy to talk to the media in what must be a very stressful time of life.