In August 2019, a veterinarian posted a question to a Facebook group: 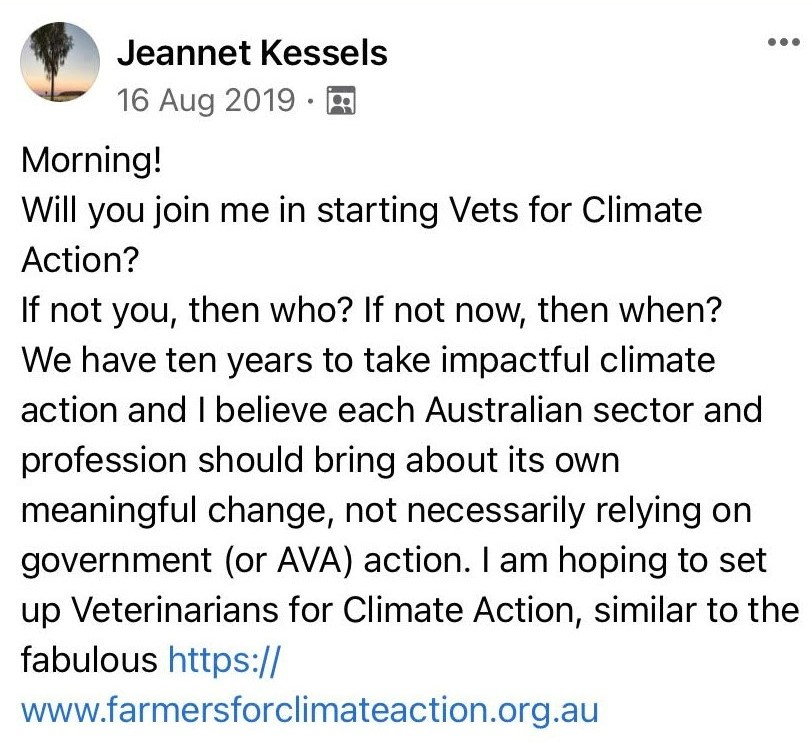 A few weeks later a team of six had formed and we knew that the idea had merit, but what could we do? Were we satisfied with being a Facebook page or an AVA Special Interest Group? Did we want a loose collective of people who did media work, or should we lobby politicians directly? A month later we'd agreed to aim high and establish a professional, staffed climate advocacy organisation; Vets for Climate Action.

Jeannet, Angela and Gary became our founding Board members. Ben would go on to become our founding CEO, working tirelessly to establish the organisation and secure funding. It was more than six months before we could pay him, and we thank him for his amazing passion and energy in getting this organisation started!

By Christmas we had a website, we were registered as a charity and on Boxing Day, Gundhi wrote an opinion piece that gathered attention around the world. Vets for Climate Action was off the ground!

2020 was a year of establishment and setting up the foundation for our success. At an organisational level we were focusing on developing our strategy, securing funding and empowering teams of volunteers. By the end of the year we had grown to approximately thirty volunteers across three or four teams.

We had several significant wins across the year. These included:

Towards the end of 2020 we secured a donation sufficient for us to hire a second staff member, and a few months later we welcomed Alix Foster Vander Elst to her role of Campaigns and Communications Director. 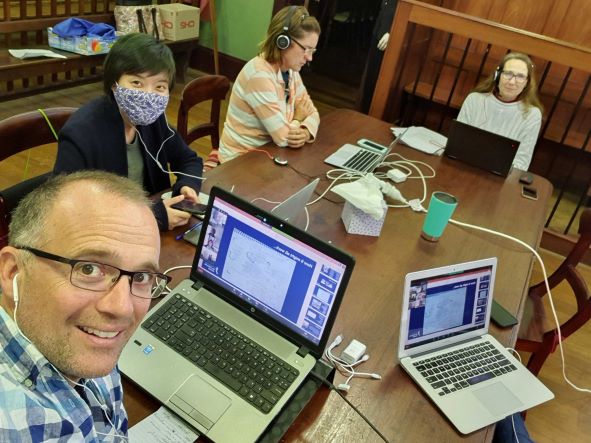 Logging into our Strategy Camp, August 2020

The Year of 2021 - Consolidation and Impact

In 2021 we revisited our Strategic Plan and focused on seeing the veterinary and profession and animal care community to:

To reach these goals we restructured our volunteer teams, creating a new Industry and Policy Teams.

Meanwhile, our volunteers continued to make an impact:

In June we secured funding to hire our third staff member, this time to run our ClimateSmart* hospital sustainability program (now known as The Climate Care Program).

By August 2021 our volunteer teams had grown to more than fifty active individuals, and we continue to expand every day.

Take Climate Action today and protect the animals, country, and world that you love. Donate or come onboard and work with us for a better tomorrow: