“This latest report is a sobering reminder that our global failure to cut emissions is leading to devastating health, economic, and social impacts around the world. But the report is also a reminder that we have the power to change this. We can prevent and protect ourselves from extreme weather events, famines, health problems and more by cutting emissions and investing in adaptation strategies. The science (and the solutions) are clear. It’s up to us how we shape the future.” 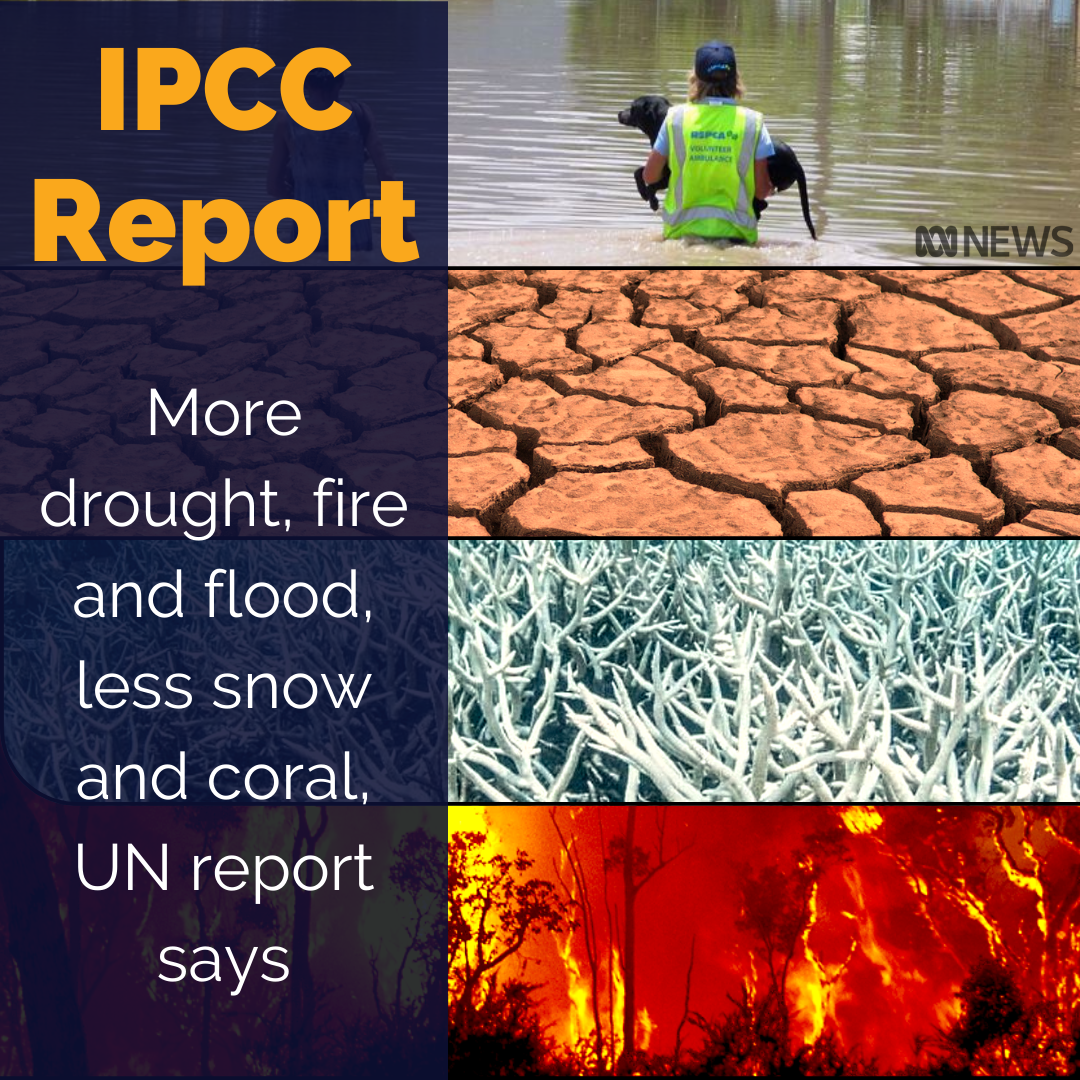 The veterinary community is a scientific one. One that faces up to the reality in front of it, decides a course of action based on the facts and - perhaps most importantly - takes action. Whether it’s a pet dog needing surgery, a farmer’s cow needing medication, a koala needing rescuing. Or climate change threatening the health and welfare of all animals across Australia.

The predictions of the IPCC report will only come true if we don't take action. We’re not going to let that happen on our watch.

Sign the petition to the leaders of the Liberal, National and Labor parties - and let them know we want strong climate policies brought to the election!

With a federal election on the horizon, our politicians are paying close attention to what voters want. There is no better time to tell them we want strong climate policies that respect the science and lead to meaningful action.